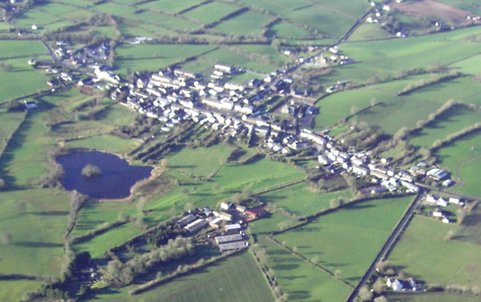 An expanded content list of volumes 1 - 10 of The Bell appeared in volume 10, (pp 65-73). This is reproduced here, but updated to include volumes 11 to 15. Back issues of some volumes of the journals are available for sale, priced at £5 per copy (plus p&p). Volumes 1, to 6, are out of print. Individual articles from these out-of-print volumes can be purchased for dispatch by email, priced at £2 per article. Please contact our secretary for details: Contact Secretary.

Fishing Vessel used on Lough up to 1940’s. Photos.

On Cookstown Road just outside Tullyhogue-Lindesay of Loughry, etc.

Poet and ballad maker (1862-1921)-collection of his Surviving pieces- recollections –controversy with Macauley of Castledawson.

Includes list of cards produced by Glasgow of Cookstown.

History of amateur observations and recording of plant life (1897 onwards)-shores of Lough Neagh.

Journeys from Lough Shore to Dunannon and Cookstown to sell fish.

Silver coins (Hiberno-Norse?) found Donaghenry in 1823- preserved in collection of R.C.Anketell (d. 1859)-items from hoard may now be in British Museum and in Ulster Museum.

Autumn 1845-partial failure of the potato crop in South and West of country –Relief Commission for Ireland established-Aug. 1846: signs of potato failure –new relief scheme and more ‘public works –Autumn 1846: local Relief Committees appointed by lieutenant for each county-subscriptions collected locally would be matched by up to a half by government –some reduced for current year –harsh winter of 1846- lawlessness in Dungannon district –Cookstown workhouse filled –voluntary Soup kitchens –Soup Kitchen Act ‘- outdoor relief schemes run by poor Law Board of Guardians. Early 1847-appearance of ‘famine fever’-good crop, though small- 1848: crop fails again – reduction of almost 20% in population country between 1841 and 1851.

Appointment of relieving officers in Cookstown Union (1847)-details role of these men -photographs of buildings associated with provision of soup/outdoor relief.

Analysis of census data and exploration of hypotheses to account for changes.

Reminiscences of a bank manager’s son now resident in Canada.

Account of origin and provenance of antiquarian notebook in possession of late Rev. David Bothwell -notebook can now be confidently ascribed to HP Borell (1795-1851)- later came into possession of Rev. James Kennedy Bailie (1793-1864), Rector of Ardtrea and classical scholar –Bailie is shown to have cunningly presented Borell’s researches into classical inscriptions in Turkey, etc. as his own work.

Biographical and historical article on early life of James Mullin of Cookstown (1846-1920)-material from his autobiography (1921)-Only son of widowed mother-schooling –manual work in Cookstown, Dungannon , Magherfafelt –appetite for reading-joined Fenian Brothood (1865)-graduated with BA from Queen’s College, Galway.

Recollections of family Christmas in mid 1930’s –visitors –midnight Mass – presents - the world seen through the eyes of a child.

Background and text of political poem-pastiche of Macauley’s ‘Horatius’-events of 24 June 1873 involving children’s Sunday School excursion to Drumcairne and violence in Coalisland later that evening.

Reflections on the passing of Gaelic Ireland by Seamus Heaney.

September 1607 - Hugh O Neill, Earl of Tyrone - Journey with followers from Slane to Rathmullan via An Craobh - Flight of the Earls - Political reactions and consequences.

Resistivity survey of The O'Neils inauguration site & surrounding fields - speculation on the interpretation of the anomalies found.

Background to the “plantation” of the ‘escheated’ (confiscated) estates of the northern earls, 1608 – Progress in the Precinct of Mountjoy.

Recollections and history of the Local Defence Volunteers in Stewartstown 1940 – Renamed the Home Guard after just six weeks – Training and exercises etc. – Interaction with the American forces at Clontoe Aerodrome – Disbanded in 1944- Stewartstown Platoon photo  and poem.

Description of the surveying and mapping of Counties Armagh, Tyrone, Coleraine, Donegal, Fermanagh and Cavan in 1609-1610 – Outline of the men involved, methods use and the accuracy obtained – Details of the map of Mounjoy Precinct (between modern Cookstown & Dungannon) – Examination of the territories shown on the Mountjoy map and the Scottish ‘planters’ who obtained these lands – Comparison of the plantation grants shown on the Mountjoy & modern maps.

Details of the processing and exporting of poultry, fish and game from O’Roukes store in Stewartstown.

Compilation of references to the village from the pages of the Belfast News-Letter – social history, criminality, agriculture, sport, emigration, etc.

Bartlett map of Mountjoy Fort – early 17th century – shows complex of military earthworks on shore of Lough Neagh – viewing shoreline as it would be were water level raised to between 17m and 18m contours reveals very likely position of Mountjoy Fort, now not visible – implications of this viewing of Lough Neagh for other 17th century maps and for landscape along shore.

June 1909 murders of Margaret Holt, and her brother-in-law William at High Cross near Donaghy – suspect William Moore, otherwise Edward Stone – first trial at Cookstown Dec. 1909 – jury fails to reach verdict – second and third trials followed, all leading to discharge of accused, jury failing to agree verdict – celebration in S’town of Moore’s release in August 1910 – no on else ever charged.

Origin and manufacture of this primitive but effective form of domestic lighting.

Shipwreck off Newfoundland in 1833 -- Belfast to Quebec -- Many local passengers -- Fate of passengers and crew -- Behaviour of crew -- Broadside ballads.

Contempary account of a visit in 1873 -- Coalmines -- Creenagh colliery

Knitting for the troups -- WW II.

Examples of law and order and other duties performed by the Constables of Stewartstown Barracks 1844-1848 -- Location of Barracks.

Local stories and a poem from the inaugural year of the Mid-Ulster Mail.

These are the major articles that appear in this Journal. Some poems and other shorter  items have been omitted from this list.

Each volume also includes such regular features as Over to You , the Photoquiz and a list of members.